His rep has released a statement confirming his death.

“He was surrounded by his children Jack and Sophie, fiancé Wendy Madison Bauer, ex-wife Minnie Sharp, mother Ann Bennett, step-father Steve Bennett, brother Tom Perry, sister Amy Coder, and other close family and friends. The family appreciates the outpouring of support and prayers that have been extended to Luke from around the world, and respectfully request privacy in this time of great mourning. No further details will be released at this time.” 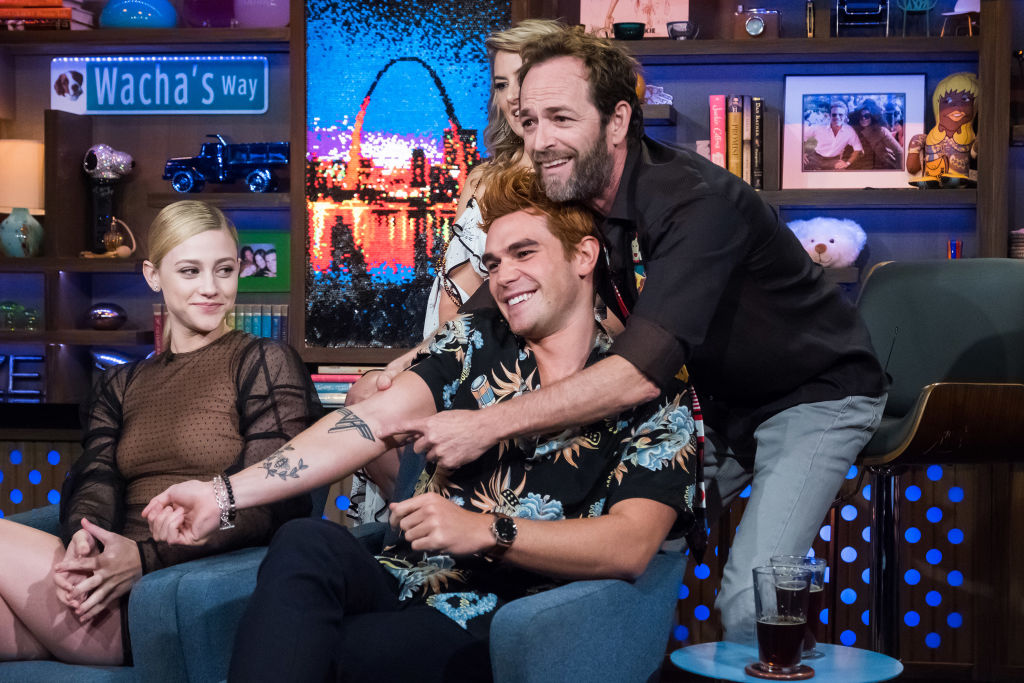 The news comes just days after the actor was hospitalised after suffering a massive stroke.

After being hospitalised, his rep revealed that doctors had sedated Luke, hoping to give his brain a chance to recover from the stroke. Unfortunately, he did not recover.

Born and raised in rural Fredericktown, Ohio, Perry was tapped for heartthrob status along with Jason Priestley on Beverly Hills 90210, which ran from 1990 to 2000.

Perry has had roles in a handful of films, including The Fifth Element, 8 Seconds and American Strays.

He appeared in HBO’s prison drama Oz and voiced cartoons like The Incredible Hulk and Mortal Kombat. In recent years he starred in the series Ties That Bind and Body of Proof.

Beverly Hills 90210 Is Coming Back, But With A Bizarre Twist

Did you spot the Major Character from Breaking Bad on MAFS?

Hugh Jackman Is Bringing His World Tour Down Under