If this latest report to emerge from the enormous amount of rumours surfacing from this season of Married At First Sight then we give up because LOVE IS DEAD!!

Recent reports claim that our favourite couple and the pair that we believed to be 100% in love, Jules Robinson and Cameron Merchant, are currently on the rocks after a social media scandal threatened to put an end to their relationship.

The week that was… & it all started with “STAY”❤️ What an incredible first week.. We moved in to our beautiful apartment together & couldn’t be more appreciative. We napped, we laughed & we certainly watched cricket.. 🏏 Not to mention play it also & @julesrobinson82 was sensational & I think may have even enjoyed it😂 We celebrated the small things that mean so much to have an experience like this 🥂 along with a few beers, some cheese & crackers & stimulating conversation with @mattybgrateful & @laurenhuntriss which was certainly eventful..🍻2 beautiful individuals One of our favourite evenings of the week was back.. & it was time to turn it on with everyone at the Dinner Party & enjoy a few cold ones!🍷🍻🍾 sprinkled with a little drama unfolded that we eventually saw right under our nose..👀🤔 & to finish.. well it was Valentines Day & was magic to surprise Jules with a few special presents to wrap up the week… magic! What an amazing week! What could this adventure have in store next week? 🤔 #MAFS #weekthatwas #teamjam #appreciation #home #napping #cricket #celebration #champagne #cheeseandcrackers #stimulatingconvo #dinnerparty

NW Magazine is claiming that the pair got into a heated argument that resulted in Cam walking out of a hotel room that they were sharing in Sydney earlier in January.

The publication reports that the fight broke out after Jules allegedly caught Cam liking raunchy photos of models on Instagram.

“Things were going to perfectly and this there everything off course,” a source allegedly told NW. “They’ve struggled to hide the strain since.”

The report suggests that Cam left a life on a number of racy images of various models, including one posted by Nicole Bass from The Only Way Is Essex of her posing seductively in lingerie. 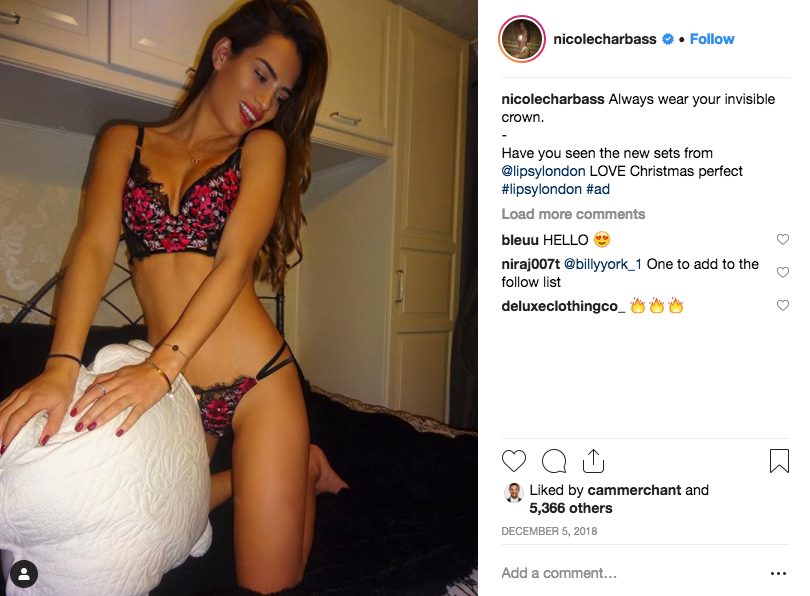 While Jules and Cam have remained the only couple to really stay out of the drama so far this season, this report comes just days after Woman’s Day claimed that Jules was in a bitter feud with fellow MAFS bride Jessika Power.

The publication said the fight was caused after Jess said she thought Cameron wasn’t into Jules because he was “more attracted to someone like her”.

❤️️🥰 Happy Valentine’s Day too all of the beautiful ladies and men out there 🥰🍷 I hope today is just as special to you as it is to me and my hubby! Lots of love and kisses 😘🙈 #mafs @wintergracehairartistry

“I heard Cam’s description of the bride he wanted was blonde, sporty and good looking. Maybe that played on Jules’ mind when I was there,” Jessika allegedly said.

The women reportedly had to be kept apart during group filming and since the show took place Jessika has added more fuel to the fire after adding a flirtatious comment to one of Cam’s Instagram posts.

“Looking handsome Cam,” the comment read, along with some love-heart emojis.

Last night’s commitment ceremony saw Jules and Cam admit that they’re really starting to fall for each other and both chose to stay in the experiment.

When you’re starting to realise that this amazing person you look at is potentially your best friend… realise that you have given your complete self to the experiment & there is a possibility to be hurt but you know the rewards are something really special which could be so close.. To all of us.. I know it’s hard to go all in this soon no matter what the situation, but what matters is that I would rather go all in and fail than to hold back and realise I lost something special because I didn’t try & give it my best… this women is so very special #givingiteverything #thankyou #takingachance #lovebuilding #bestfriend #mafs

More: sex tape scandal revealed from this season of married at first sight

Is Ex Gogglebox Star Angie Kent Our Next Bachelorette?

The Bachelor Star Who's Scored A Permanent Gig On Neighbours