The Twinpole, the KFC Double Down, Pop Tarts, and who can forget the classic ‘two KitKat Chunky bars’.

Which is why I cackled with glee over this episode’s promos… not only did we tackle the issue of age, we got what we didn’t get in The Bachelor: intruders.

Specifically, older intruders. Two in one.

But first, can we just appreciate this pic of Harry for a second…

The single date card clue referred to ‘old-school, traditional romance’. And Jarrod made the logical connection straight away – it meant crushing grapes, and since he has already done that with Sophie, clearly the single date (i.e. marriage) was meant for him.

Pretty sure the work experience producers were on this week… I mean, taking a picture using an antique camera to illustrate a reaction to a question? Wut.

After Sophie rubs Apollo’s hoof and sniffs her hand… we get the third comment on age.

Earlier, Blake mentioned that Apollo was too young for Sophie, before Sophie said Apollo seemed older than his years. Now, she’s saying that while Apollo has everything going for him, he was “just a bit young” and “is the age difference going to be a thing?”

Yassssss. So much hinting.

Totally missed which names made the group date, thinking too much about the older intruders.

Meanwhile, Sophie and Apollo were still on their vintage date when he mentions never having had a bad breakup with anyone. So, again, he’s perfect.

OMG, their kiss, their kiss! Apollo holding the nape of her neck like that!

BRB, I need a cold shower.

While the intruders are choppered in, the young bucks stand around in the universal mark of the millennial: skinny jeans. 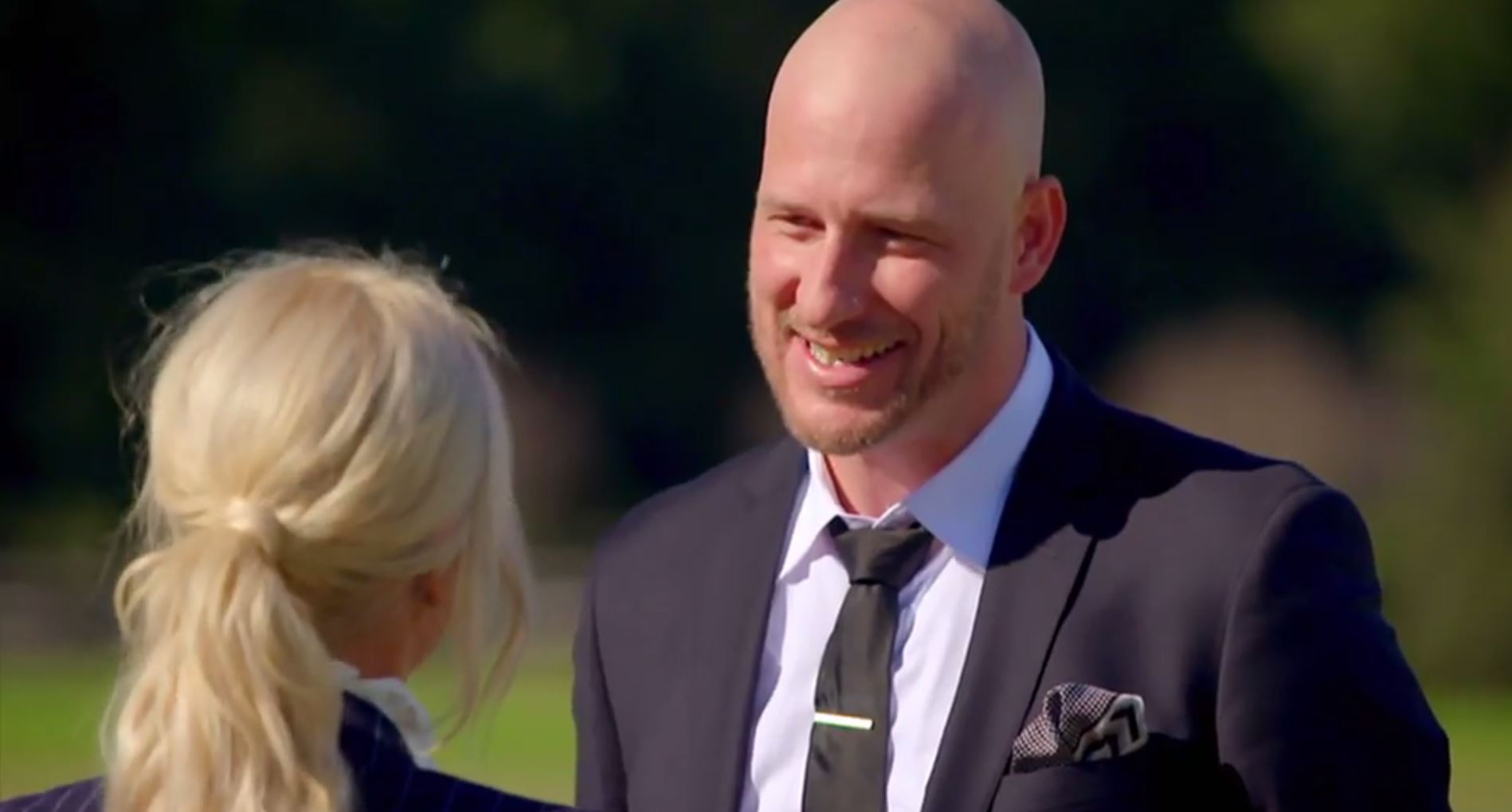 Then there’s this guy… 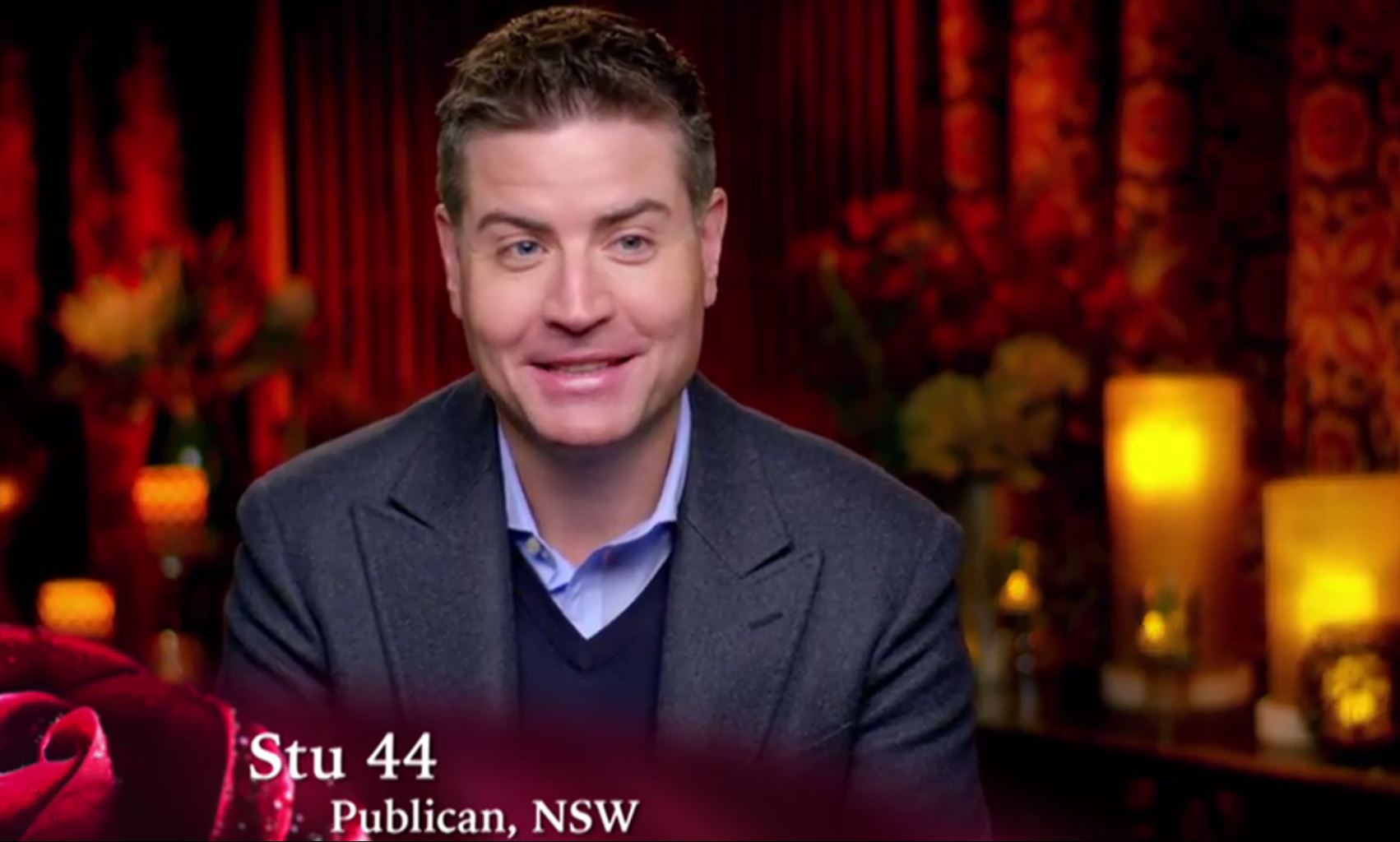 Stu, a publican, brought some wine along, to which one of the younger blokes said “Oh, he brought wine, how original”. Let’s be real here, he’s not wrong. We all know he should’ve brought Ugg Boots.

OK, so get this, not only had Stu and Sophie already randomly meet last year, albeit fleetingly, but she totally remembered him… but, snakes alive, did you sense how heckin’ chuffed she was?

And hey, there’s nothing quite like a guy who has met you before and feels as though it’s his absolute last chance to roll the dice.

^^^I’m not even going to acknowledge this weird game of ‘polo’. Clearly its the work experience producers at it again.

The tension at the cocktail party was pretty full-on, mainly as because there are four new blokes, four blokes now have to leave… but it wasn’t as full-on as Jarrod’s prediction that the new guys “might just want to step lightly, because there’s going to be a lot of fragile dudes in that house and they’re going to be very angry.”

So, the rose ceremony… where all the guys look like they, well, work at The Good Guys. 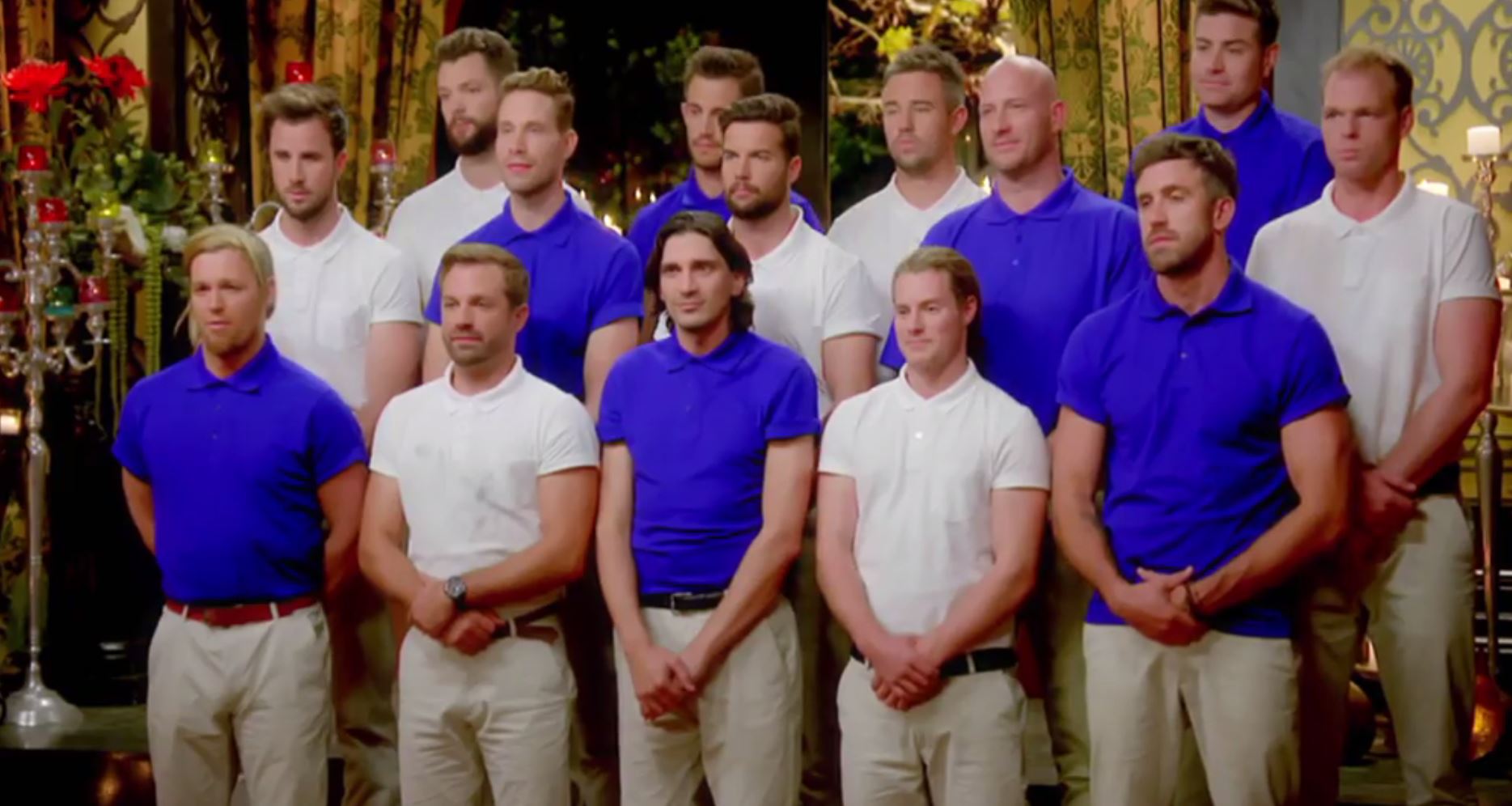 “Sophie, please, gimme a rose”: Jarrod keeps reminding us how “angry” he’s going to be if he doesn’t get a rose.

He gets his damn rose.

But these guys didn’t… 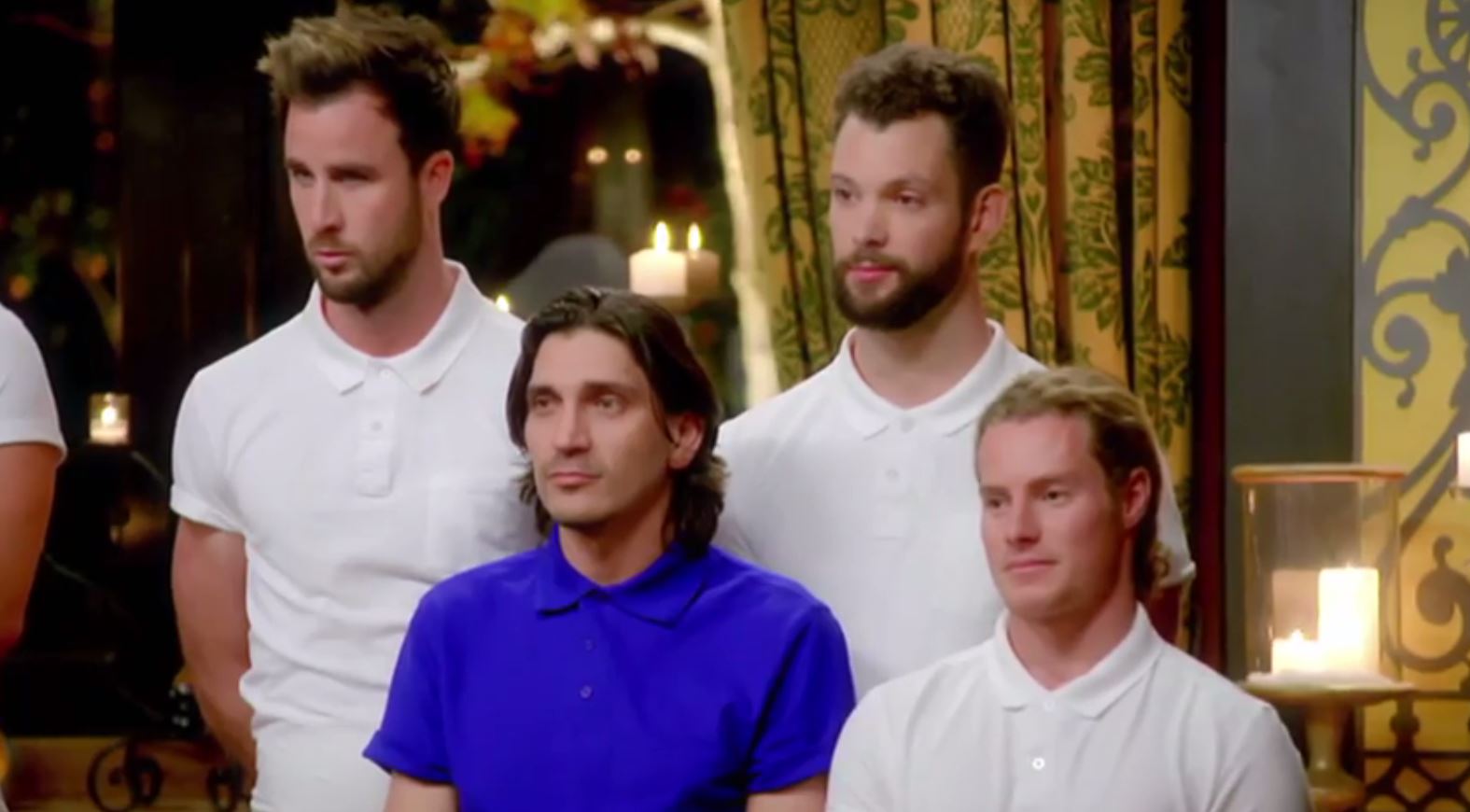 Hayden, Paul and Brett are all sent on their way but not before Harry professes his love for the bros in the mansion. AWWW. 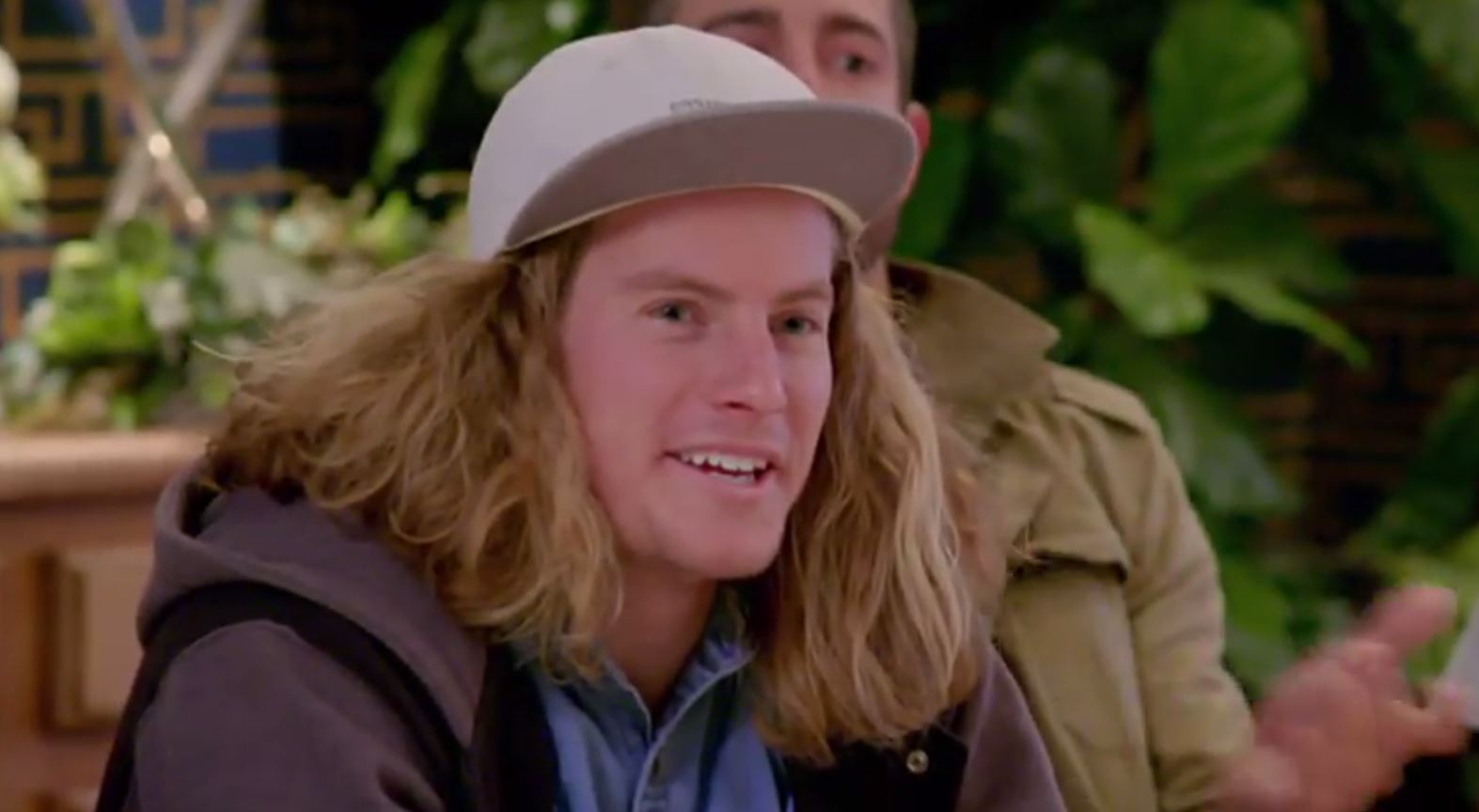 Hunters & Collectors Urged To Change Their Name By Activists

Are You In The Right Job For A Double-Digit Pay Rise?