The editing team waste no time in kicking off episode 8 with ‘formidable music’, which either means it’s going to be a cracker, or we should expect Darth Vader at any time.

Or they could just be talking about Luke’s elimination, which TBH threw everyone, especially the bookies, off.

Sam says he is now the frontrunner. LOL. OK mate. He also admits that “so are Blake and Stu”. At least the poor lamb is right about Stu.

Speaking of Stu, we’re thrown again when Apollo gets the coveted single date. Blake is, as Kath and Kim would say, gropeable.

Cue Sophie reflecting on Apollo. Which really, means an actual legit reason to replay this footage… 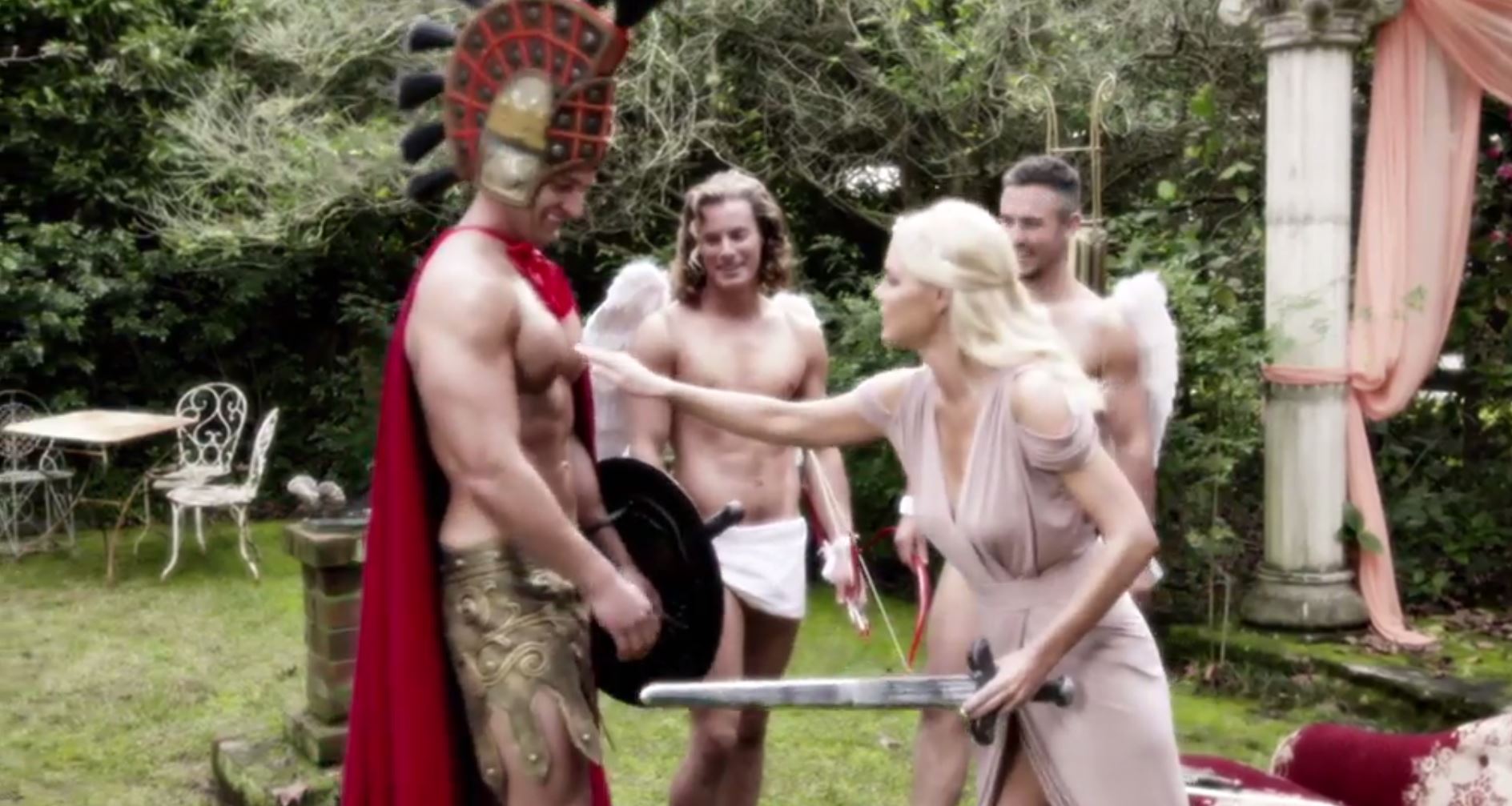 But that’s not even the best bit.

Upon his arrival at his second date, Sophie asks Apollo if he’s a dog or a cat person.

Apollo’s face was heckin’ EVERYTHING… 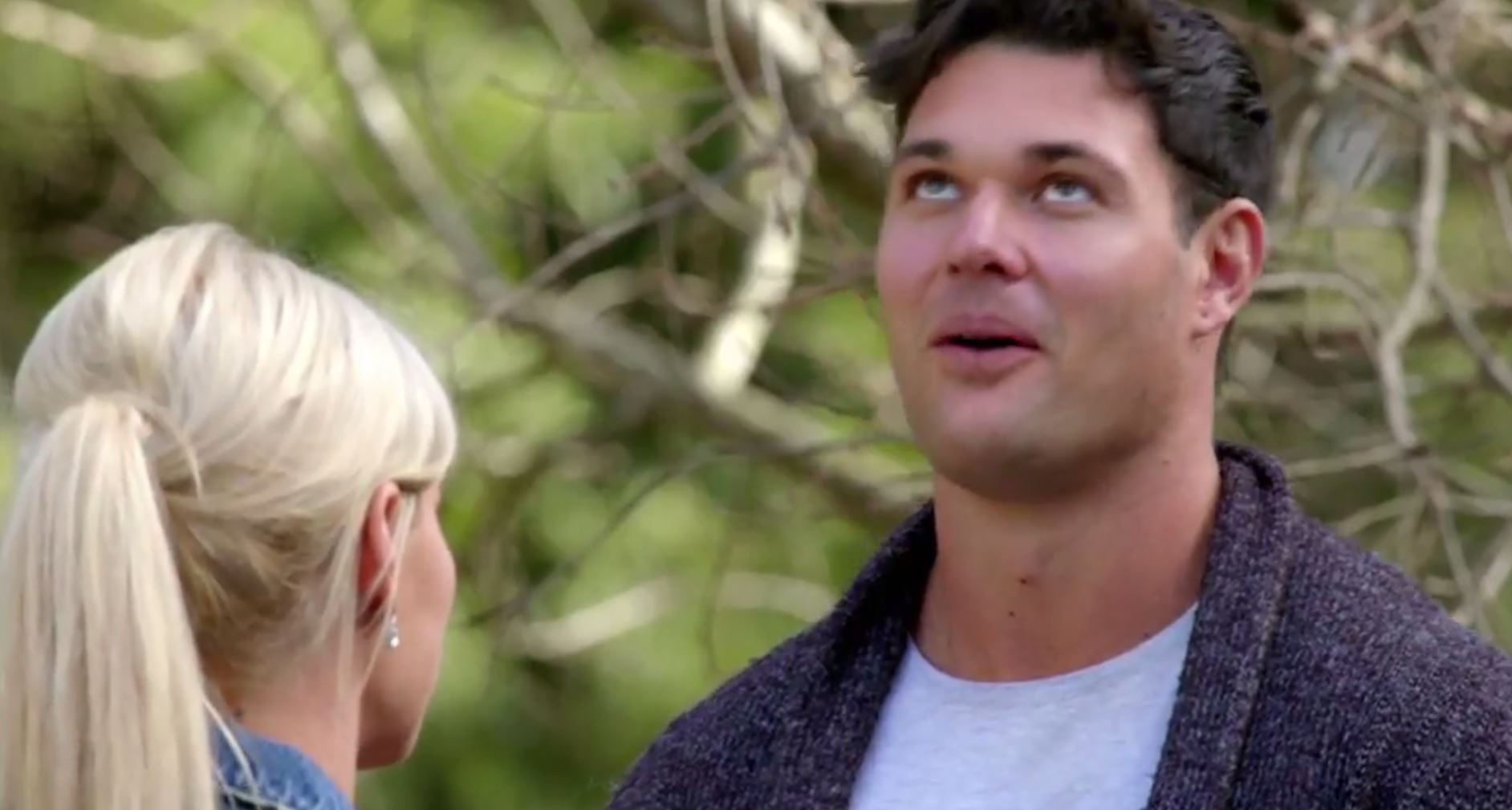 BUT THEN HIS FACE WHEN HE ACTUALLY SAW THE PUPPERS… 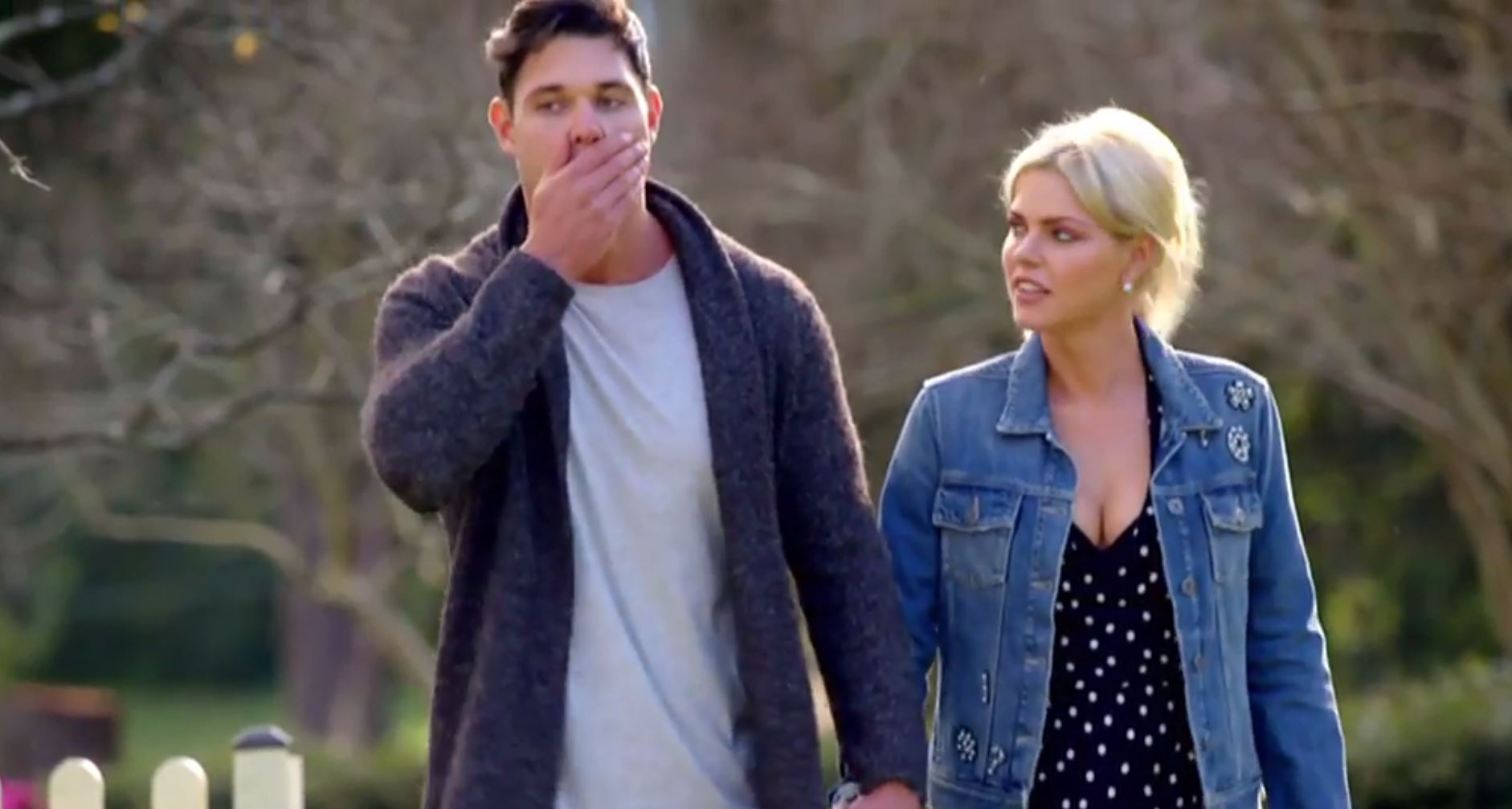 And BOOM, I think I’m pregnant after seeing that.

Shiver me timbers, I could just write about these damn doggos, but we have to crack on.

But look at this. LOOK. 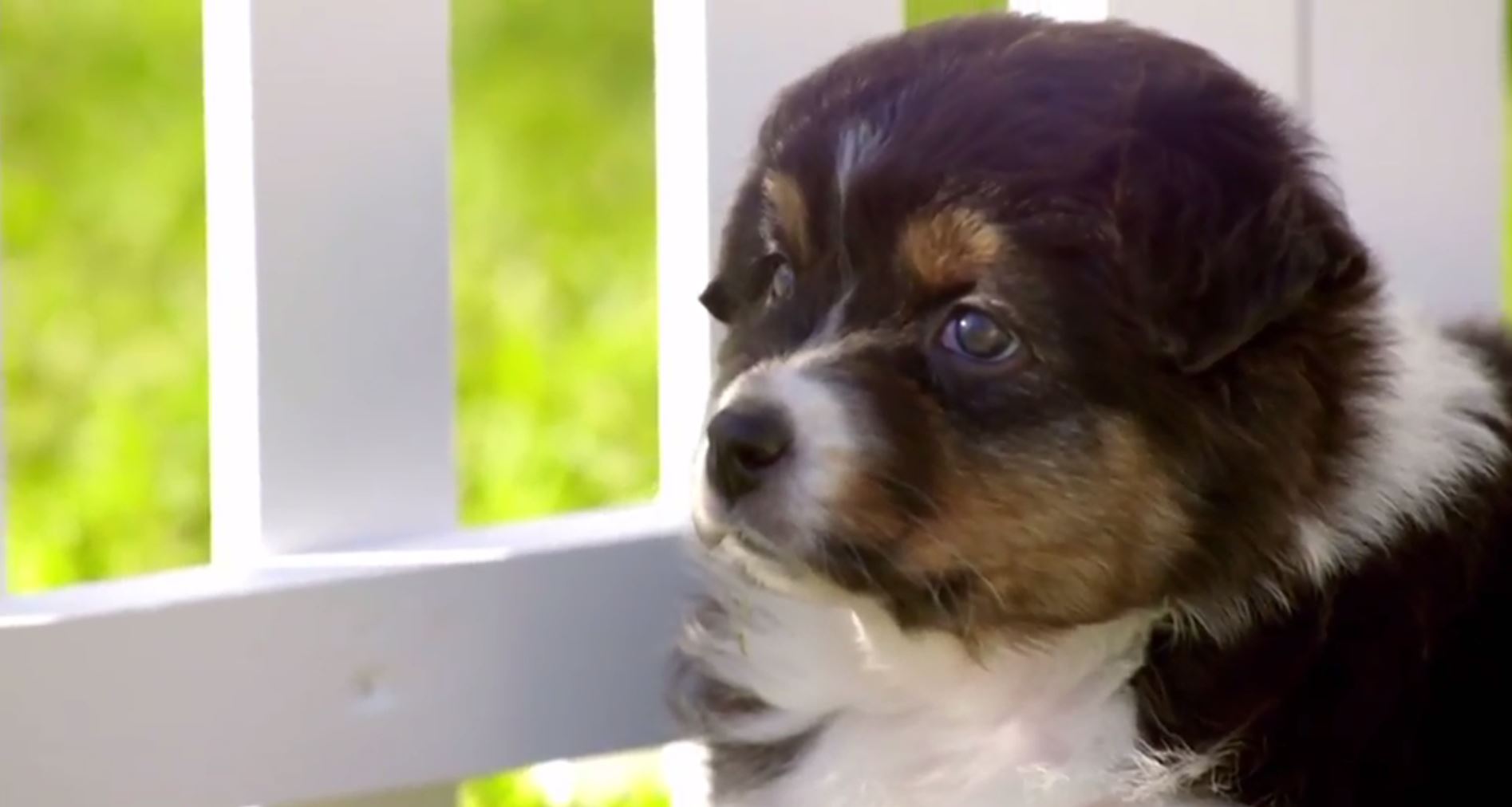 Meanwhile, back at the mansion, the boys are finding out who’s going on the group date.

Despite this, Apollo gets a rose. And a solid pash. 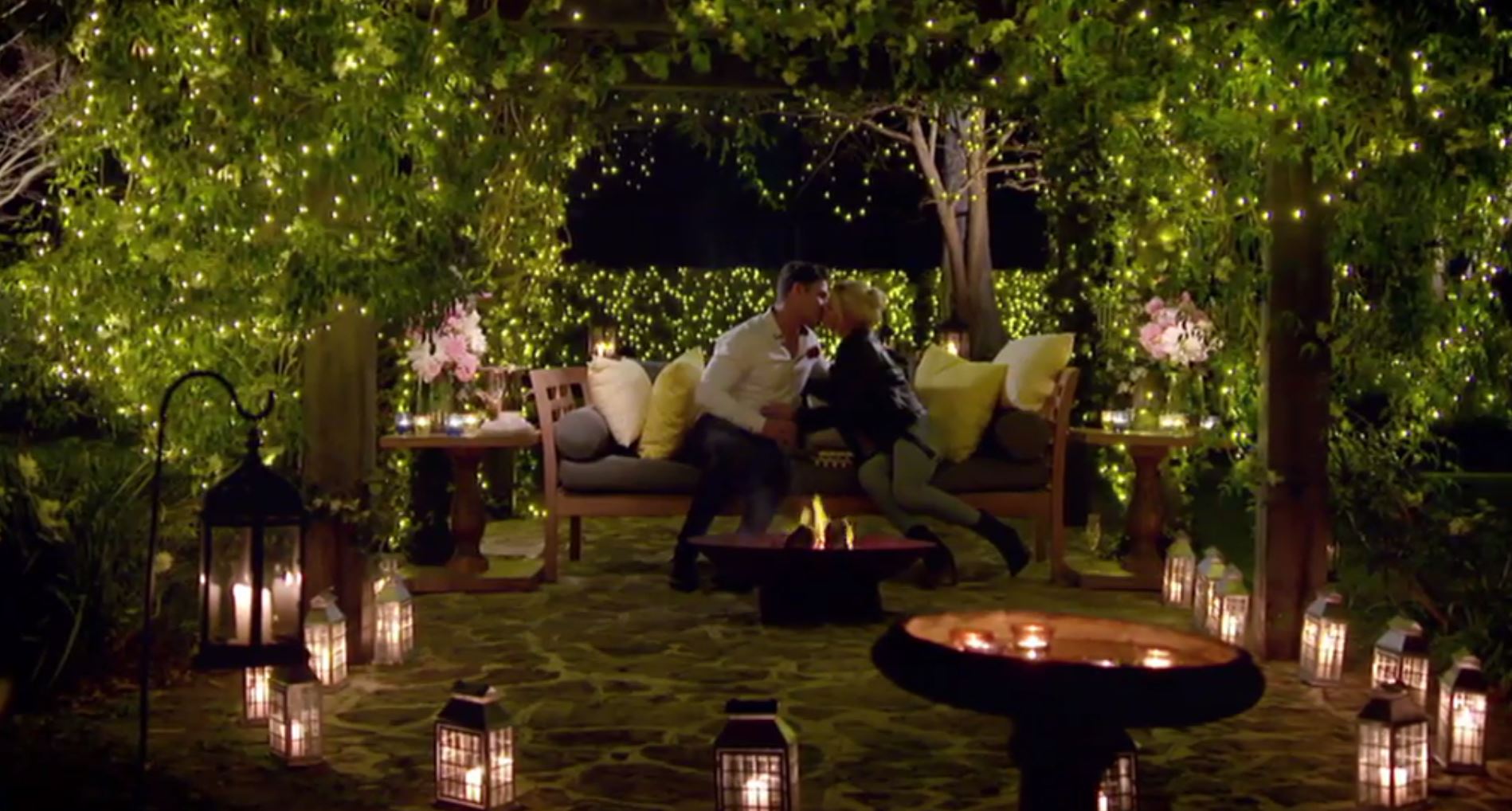 ^^^Can we just acknowledge that it was someone’s job to put all those fairy lights up? You know what that means, right? They must also take them down again. Respect.

OK, so the group date seems to be otherwise known as the Sydney To Hobart. A sailing regatta. Why we can’t have the doggos again I’ll never understand.

Jarrod says of the regatta: “If I can get us over that finishing line today, I’m going to try and throw the other boys overboard.”

The thing is, we all laugh, but guys, Jarrod is dead-set serious (emphasis on ‘dead’).

The boat race happens, but the most exciting thing was Jarrod’s blood pressure. Like he displayed the other week during the manly-man challenge changing the car wheels, his energy goes from belting enthusiasm to full-blown, piston-blazing HECTIC. Champagne television. 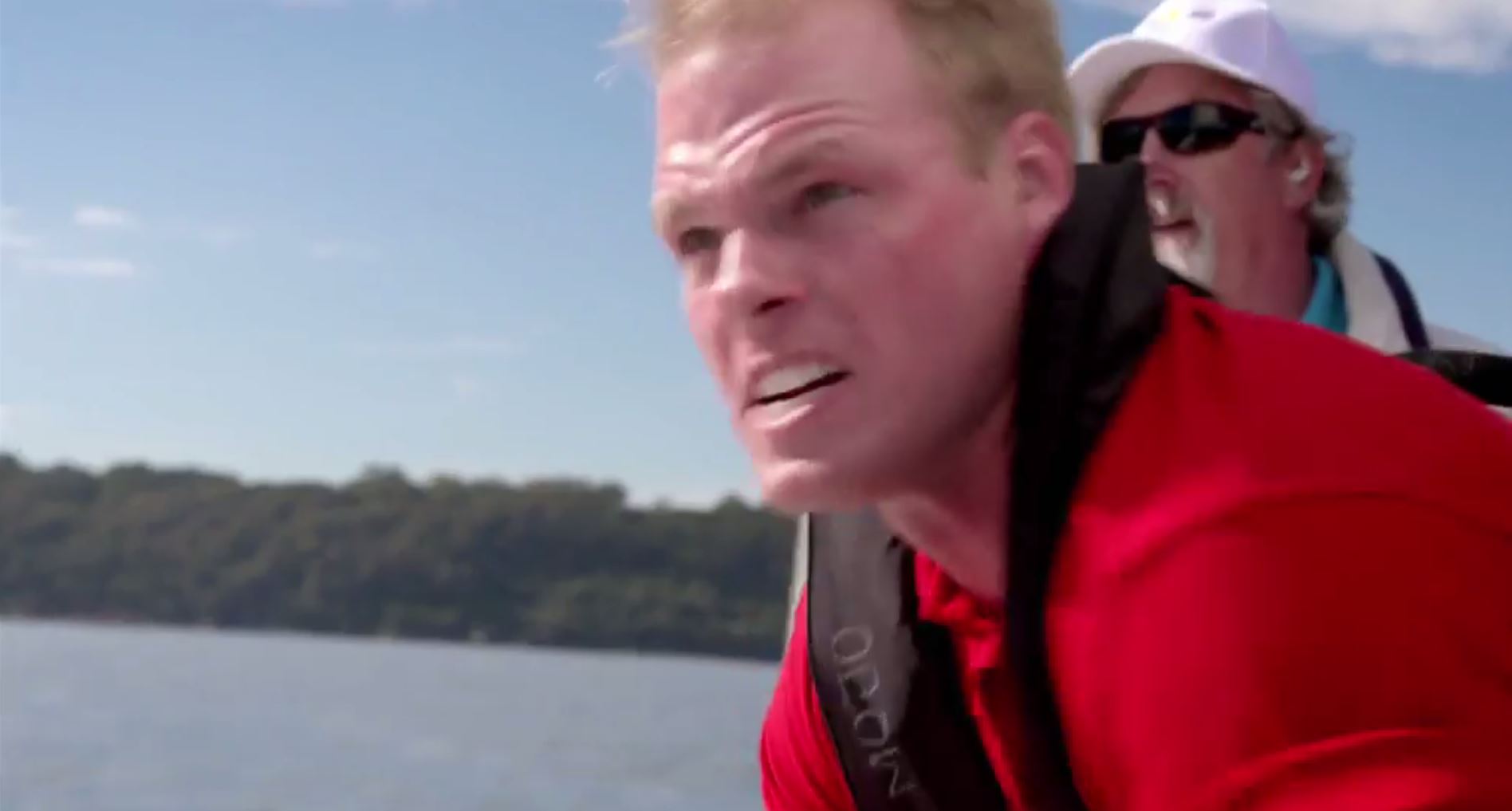 The race ended up a draw, so instead of spending extra time with someone from the winning team, Sophie got to select whoever she liked.

Blake scored the rest of the day with Sophie. Because he gave her a sly massage while the rest of his team (i.e. Jarrod) slogged it out on deck.

“I’m kicking myself that I didn’t tell Sophie at the beginning how much I actually liked her, like every guy needs to be sensitive, regardless of if you’re a bad boy or not, because ultimately that’s what girls want”

Who is this guy and where is Blake.

But then Sophie hit the nail on the head “it’s so attractive to see someone you perceived as cocky, actually vulnerable.”

God damn, set my Cosmo subscription on fire, all the relationship advice you need is right bloody here.

But did he kiss her? Nah.

Next day, Uncle Sam gets to cash-in his last Double-D privilege with Sophie…

She picks him up in a stretch Hummer. It’s here he tells her what she should be doing with her music career, that if she chose him, he could teach her. He could produce her. From his home set-up.

“Does he want to be my boyfriend or my agent?” Sophie says to the camera.

He says something about how he brings “magic dusty stuff” to his relationships and that anyone he’s with is “very lucky” to have him. He’s the “top gun”.

Not even joking, I’ve never been more relieved to have a commercial break thrusted upon me.

Good to see all the blokes got the memo about wearing purple. 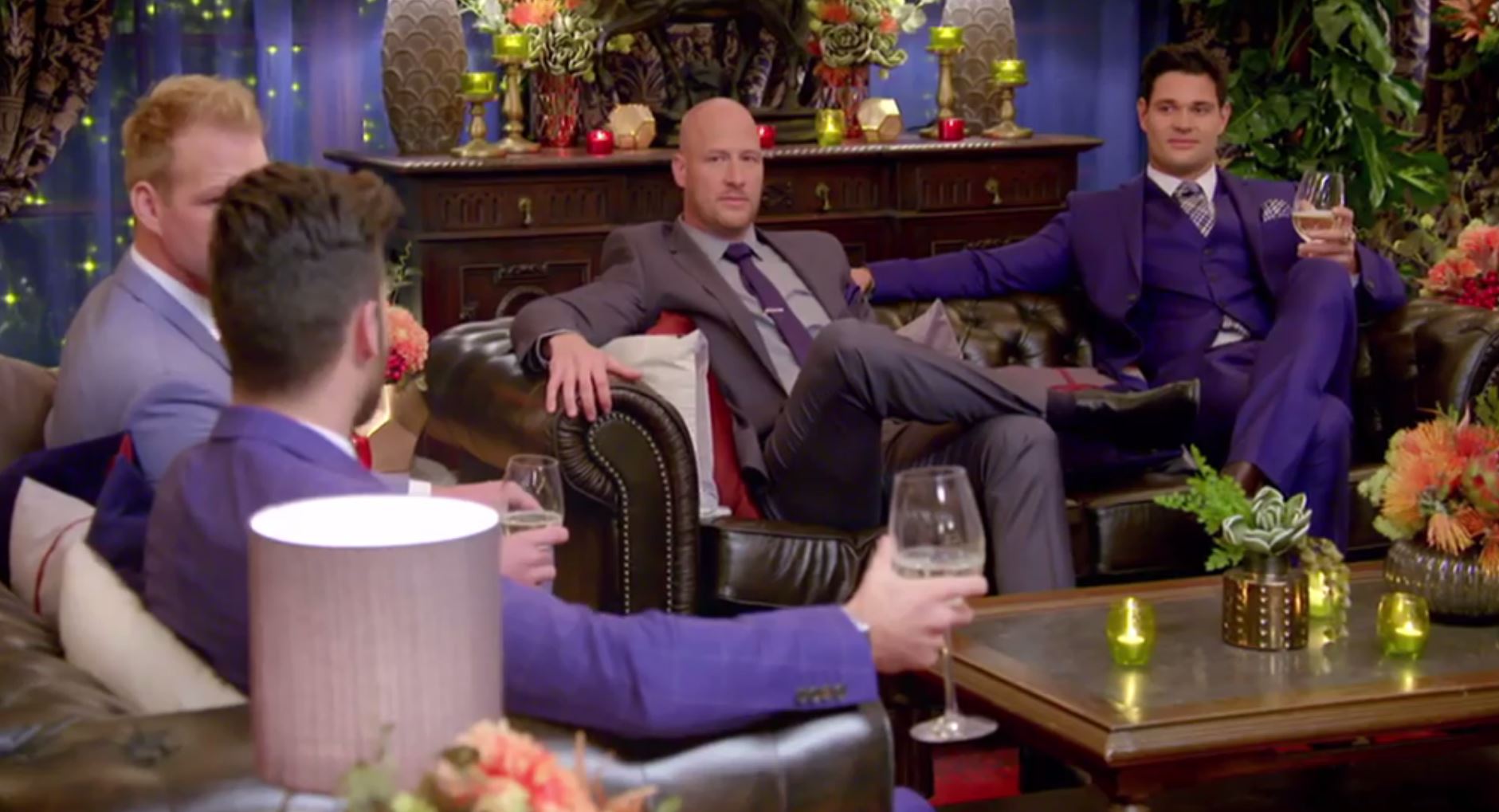 Sam enters the party… SANS ROSE even though he says that he “doesn’t know how to not get a rose” and that getting roses is what he does. At this point, Blake seems, I dunno, humble next to Sam.

The rest of the cocktail party was just more friggen chat about #plantgate. Pretty sure it was Blake who pissed in the pot plant. His sense of satisfaction was pretty much a dead giveaway.

OK, speaking of plants, let’s just get to the rose ceremony…

Who got a rose…

“Apollo, Jarrod, Stu and James, could you all leave the rose ceremony room?’ Sophie says.

HOLY SHIT WHAT IS HAPPENING.

The remaining guys, Blake, AJ and Sam TOTALLY know what’s up, there are beeps flying everywhere.

They leave. And then there were three. 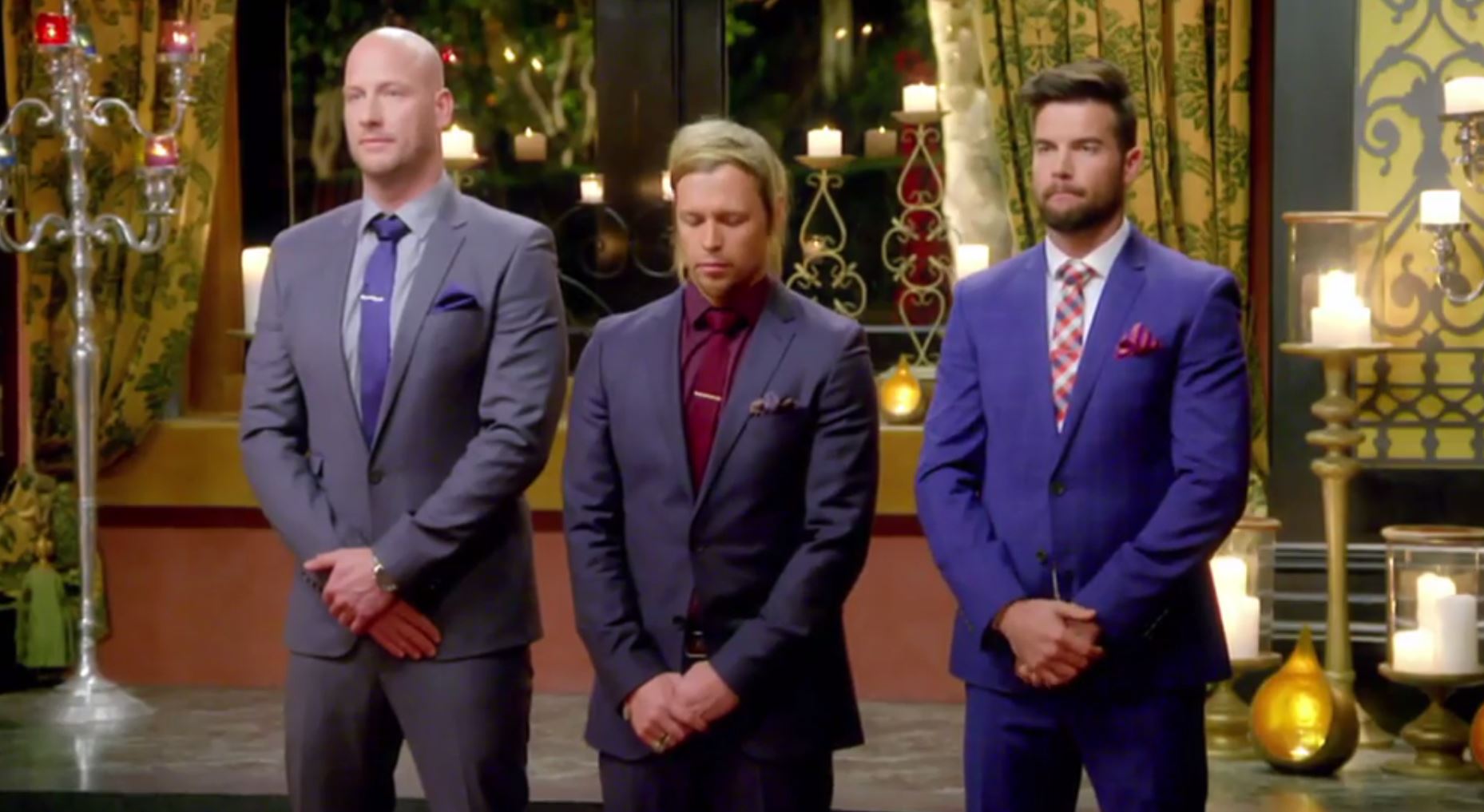 Then Sophie FLIPS THE SCRIPT.

AJ leaves, and Sam and Blake declare their love for each other. 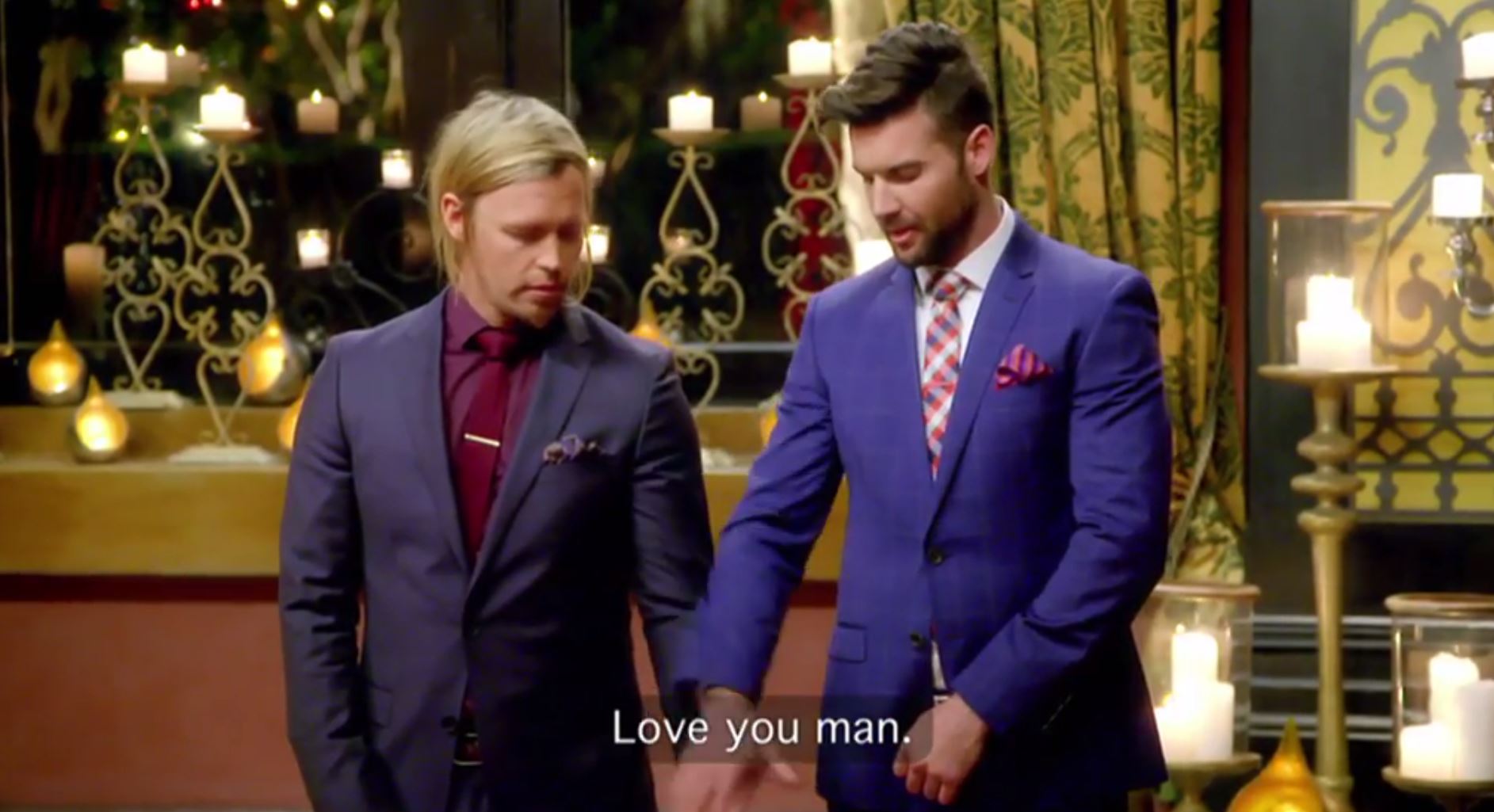 Sophie asks Sam whether she’s really getting the “real” Sam, who replies something about how he was lucky to have had the Double D rose. Far out, no one cares, Sam.

She then turns to Blake, who is almost self-combusting, and tells him: “Most of our time together I didn’t think you liked me.”

Blake says he knows he “messed up” and that all he wants to do is take care of her. That he’d take a bullet for her.

Blake got the rose.

After peeling myself off the floor, the sneak peek of episode 9 had me falling off my chair again. The promo indicated a new era: Blake being “nice”.

God help us all.

The Bachelorette In 60 Secs: Enter The Older Intruders!

One Of Margot Robbie's Skills Is Completely Unexpected