The Queen is causing a bit of a stir as the televised ‘Celebration of Commonwealth Day’ has been scheduled on March 7, the same day as Prince Harry and Meghan Markle’s tell-all interview with Oprah Winfrey.

Perhaps having a dig at the former royals, the Queen may be stealing the limelight from the Duke and Duchess of Sussex in their highly anticipated interview. 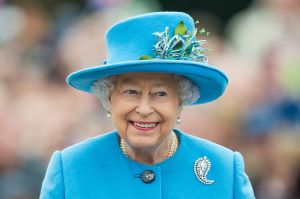 After Harry and Meghan quit life in the royal spotlight, we’ve heard little about their life away from the royals. The 90-minute sit-down interview with Oprah will be aired on March 7, just hours after the Queen’s annual Commonwealth Day service.

The tell-all interview will cover “everything from stepping into life as a Royal, marriage, motherhood, philanthropic work to how she is handling life under intense public pressure,” a statement said.

Commonwealth Day points to a poignant moment in the formal royal’s career as it was their last appearance as working royals. The Queen will be joined by the Prince of Wales, the Duchess of Cornwall, the Duke and Duchess of Cambridge and the Countess of Wessex in the TV special.

Last week Harry and Meghan were stripped of their patronages and honourary military appointments by the Queen as they would not be returning as working members of the royal family.