Admit it, we’ve all thought about it during long, boring meetings, sneaking a cheeky glass of red…or six or seven beers.

But City of Burnside Councillor Harvey Jones actually went and did it, imbibing a few beverages over the course of Tuesday’s council meeting.

Zoom meetings can really lure you into a false sense of security, feeling like you’re taking a holiday at home, but with your boss able to watch your every move.

Throughout the four-hour meeting, Cr Jones drank two glasses of red wine and a bottle of cider which has left other councillors miffed. 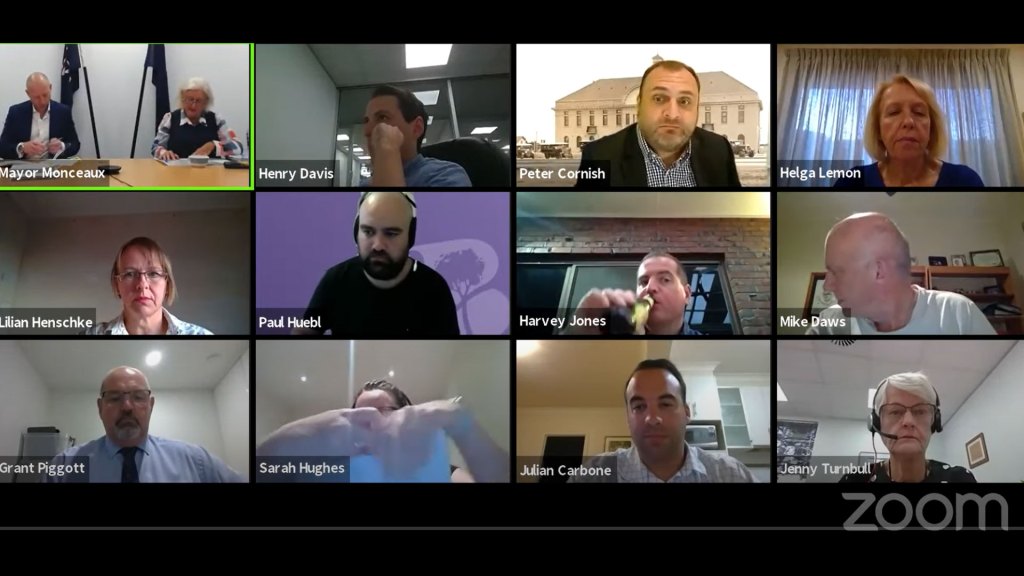 “Councillors should not be drinking throughout a council meeting while we spend ratepayers’ money,” Burnside Councillor Henry Davis told The Advertiser.

“We, as a council, were making decisions about our $40 million budget.”

Cr Jones explained that he was still finishing his post-work cider when the meeting started and drank a glass or two of red wine with dinner, during the meeting.

The council will now consider whether to impose a booze-ban during online meetings.

Although, may we also suggest trimming down on the four-hour meeting length?