There’s something about choccy milk that quenches thirst better than any other beverage. So when we heard that there is a chocolate milk beer, well, let’s just stay the confetti cannons got a good workout. 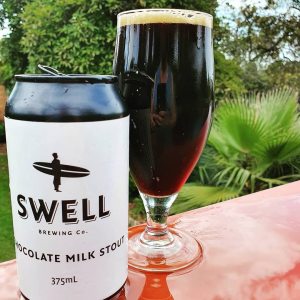 Like all genius ideas, no doubt this was also Thomas Edison’s process, the two were having a beer at a Christmas party at Peel street kitchen. By the end of the night, they had the mastermind plan to collide their worlds and create chocolate milk beer.

*Queue the trumpets and heavenly choir*

The small-batch beer infuses malts of ale, dark chocolate, milk sugar, roasted wheat and oats, and to top it all off, Melba’s organic cacao nibs. Swell Beer describes the beer as “low on bitterness, it’s just like a chocolate milkshake only boozy.” 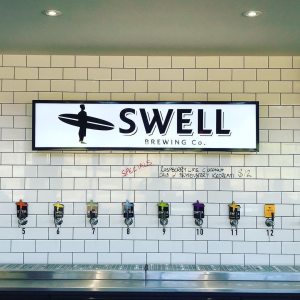 You can get your hands on the delicacy this weekend at Swell Brewing Co. Taphouse & Brewery in McLaren Vale or online here. It will be available at selected craft beer retailers from next week.

Aldi Have Launched A New Freezer Product & Its Flying Off The Shelf So Quickly!

Some Madman/Genius Has Created A Farmer's Union Iced Coffee Cocktail

A Festival Dedicated To Cheese Is Happening In Adelaide