Let’s not beat around the bush here, South Australian’s LOVE their supermarkets. Honestly, no other state in Australia loves supermarkets more.

So it’s no surprise that consumer research has found that the favourite supermarket in Australia is proudly SA.

The supermarket franchise only operates in SA, NSW and the NT. Second place was Drakes, also a predominately SA supermarket chain.

The major supermarkets, Woolworths and Coles, ranked near the bottom of the top 10 list slotting in 8th and 9th place.

According to the survey, people prefer family-owned supermarkets where you can get purchase local produce and employ from the community. These independent supermarkets also support more community events and fundraisers.

In 2016, Foodland Frewville secured its place as Australia’s best supermarket in the world. Offering night markets, live piano performances in-store and quiet hours, the supermarket offers a better experience than that of the Sunday morning rush through. 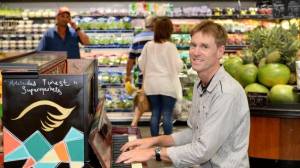 Professor Gary Mortimer, a retail expert at Queensland University of Technology’s business school said to New Daily, “We certainly have seen in 2020 a return to localism as a result of stay-at-home directives, increased working from home, and less commuter traffic going into CBDs.”

What’s your favourite supermarket in SA?

It's Time To Boogie At A Bottomless Chicken, Sangria & Cocktail 70s & 80s Disco