New data from SA Health has revealed where in Adelaide has seen the highest concentration of confirmed coronavirus cases.

While initial heat maps released from SA Health revealed the City of Mitcham to have had the highest concentration of cases, the City of Charles Sturt and the City of Onkaparinga now hold the unenviable titles of most cases. 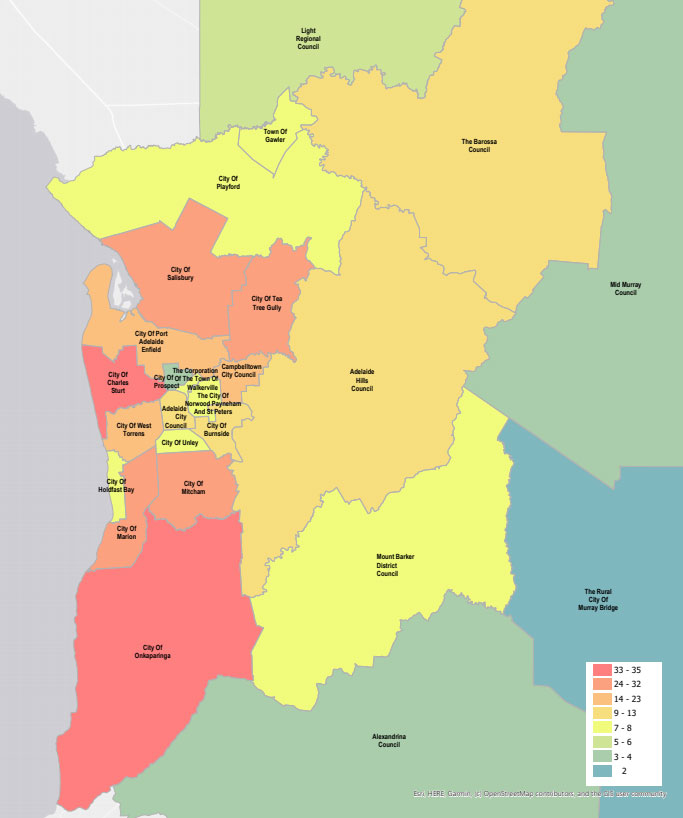 The pattern of the virus initially affecting higher socioeconomic areas is a common pattern in cities, with experts presuming that residents of those areas are more likely to have recently travelled overseas either by plane or cruise.

South Australia has seen a smaller climb in the number of cases over recent days, with 420 confirmed cases across the state in total

The Adelaide Airport cluster is so far responsible for 33 cases, while 120 people have been cleared of the disease.

Cancel Easter Brekky, Port Elliot Bakery Will Be Shut Over The Long Weekend

Premier Assures Us There Is No Flu Vaccine Shortage