Another historic site could be in jeopardy as the State Government has offered $4 million to the University of Adelaide to move the heritage-listed Urrbrae Gatehouse in order to expand the Fullarton and Cross road intersection.

Moving the site could be detrimental to the site’s heritage value and according to the Department for Infrastructure and Transport (DIT) from Heritage SA, it could decrease or remove all of the building’s heritage value. 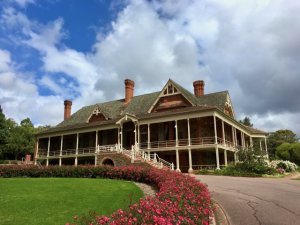 Source: The University Of Adelaide

Robert Stone, an associate lecturer in archaeology at Flinders University has said “There’s a suggestion they should uplift and shift it. But even if you do, it means the original intention of the building, its location, is compromised.”

“Some are saying it should be shifted near the main house, but then it loses all its significance because the stables and carriage house are near the main house as well and you’ll get the impression this is just a workers cottage.”

The 1890 Urrbrae House was passed down almost 100 years ago to the university by Peter Waite, a pastoralist and businessman, making the gatehouse one of the largest gifts in South Australian history. 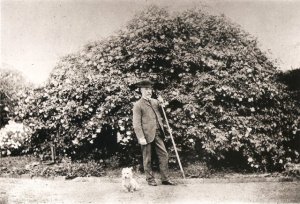 Peter Waite with his dog. Source: The University Of Adelaide

A Government-commissioned report found that the relocation of the historical landmark was not feasible due to the cost meaning the gatehouse would be demolished. It also found that it could be moved and detailed the process in which it could be done to minimise damage.

DIT Minister Corey Wingard offered the university $2 million to relocate the historic site and $2 million for the land acquisition.

“After meeting with representatives from the University of Adelaide, which owns the gatehouse and the land it sits on, we’ve now made available to them the option to attempt this themselves,” he said.

Get Your Umbrella's Ready, Adelaide's Set For A Soaking