Last night SA Health agreed to allow Collingwood to travel in and out of South Australia for the Round 12 game against the Crows at Adelaide Oval. The decision has prompted a backlash from the public with concerns for Covid-19 and double standards.

With Melbourne having been launched into a lockdown last week, there were talks of moving the Collingwood v Crows game to Sydney as SA closed its borders to Victoria. 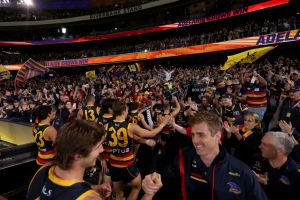 But SA Health has permitted Collingwood with an exemption to fly in and out of SA for the Sir Doug Nicholls Indigenous Round. The decision has sparked public outrage as the team still live and train in Melbourne with the risk of Covid-19 at the forefront of everyone’s minds.

The public’s main concern is that this decision shows double standards and ‘favouritism’ for the AFL as only essential persons are permitted into the state and is an unnecessary risk that could create a potential outbreak in SA.

The public went to Twitter to display their outrage, with @KymBurton saying “One rule for elite sports, general public can get stuffed!”
Another person said “One rule for the AFL and one rule for everyone else! I’m starting to believe COVID is just a coverup! Surely the govt & @sahealth can’t be that STUPID to put all South Australians at risk if it is real!” (@anne_sciberras).

And another adding the difficulty for the general public to be granted exemptions saying “The Victorian govt denies an exemption for the funeral of an eight-year-old boy but @SAHealth opens the border for football players, coaches, support staff and assorted hangers on. SA Police commissioner was earlier in the day talking about extending restrictions.” (@gturrill).

Funnily enough, people are saying they will still attend the game, though are still outraged with the decision.

Victorians Kicked Off 'The Ghan' Train In Outback South Australia

South Australia Has Closed Their Border To Greater Melbourne

Fruit Flies Are Emptying Our Wallets With $4.1m In Fines Dished Out