This weekend The Barossa Vintage Festival kicks off with the first community parade and pageant in Australia since Covid-19 put a pause on everything.

The long-standing tradition of the Barossa Vintage Festival Parade has been strutting its stuff since 1947 and this year SA Health has given the green light with an approved Covid Management Plan. 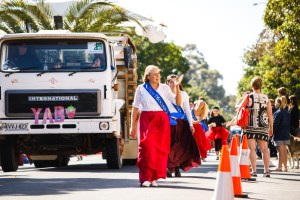 Not only is the parade the first parade back in Australia, the director of Barossa Vintage Festival, Jenny O’Brien, claims that it is also the longest parade in the southern hemisphere.

“We are beyond excited to be the first community in all of Australia to host an event of this calibre” Jenny said.

“The Parade holds a special place in the hearts of the entire Barossa community; it brings people together and is the ultimate celebration and showcase of community spirit.”

The Parade will fill the streets at Heinemann Park in Tanunda at 10:00am on Saturday with over 50 floats in the procession. The Parade will move along Barossa Valley Way and conclude at Nuraip Road, Nuriootpa. 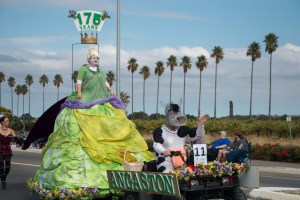 Jenny added, “Gaining approval and delivering the Parade is an achievement the entire community can be proud. It is because of their support, along with the 90 plus volunteers helping marshal the Parade that the event can proceed.”

“Without a doubt this Festival will be one for the record books for a number of reasons.”

For those attending, you are encouraged to line the parade route but practice social distancing and check-in with the QR codes which will be presented at various points along the route.

Get all the information about the Parade here.

There's A Place Doing Bottomless Bellinis And Beer Every Friday