Adelaidians are getting around the AFLW grand final with almost 10,000 tickets snapped up within 15 minutes of the tickets going on sale.

The AFLW Crows are taking on the Brisbane Lions on Saturday’s much-anticipated game at Adelaide Oval.

Ticketek has announced that a total of 20,000 tickets have been sold since the initial rush, and are continuing to sell fast. Tickets are $10 for adults and concessions and free for under 18s.

The oval’s COVID-19 management plan has allowed for up to 40,000 people to attend Saturday’s match, which unfortunately won’t match the record number of 53,000 people attending in the 2019 AFLW grand final, but will still create an electric atmosphere.

For those attending, masks are also required when entering the stadium and while walking around.

Superstar midfielder Ebony Marinoff, is hoping that crowds will fill the stadium.

“We want as many fans as possible,” she said yesterday. “Home-ground advantage – you’ve got the whole of Adelaide behind you and everyone knows how big footy is in Adelaide.”

“We’d love a massive crowd because this grand final will be such a hot, contested game that I think the crowd will help.” 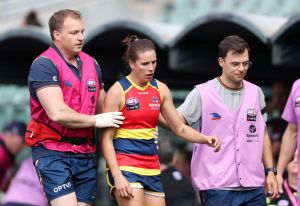 Unfortunately, it has been confirmed that the Crow’s captain Chelsea Randall is ruled out of the game due to her concussion from last weekend’s game against Melbourne Demon. Angela Foley will be acting skipper in Chelsea’s absence.

Proudly, Mix 102.3’s very own Erin Phillips will be pumped and ready to take the ground on Saturday. The last grand final Erin played at Adelaide Oval saw a record-breaking 53,000 people create one of the greatest moments in AFLW history as Erin suffered a brutal knee injury, the entire stadium got to their feet in a standing ovation, cheering in support of her.

It gives me goosebumps just thinking about it. 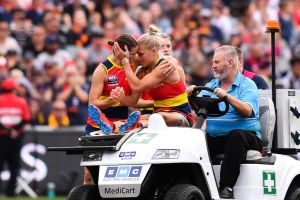 So grab your tickets here for the AFLW grand final for hopefully another history-making moment, not from someone injuring themselves, but the Crows taking the Premiership for the third time.

There's A Place Doing Bottomless Bellinis And Beer Every Friday