The South Australian Film Corporation (SAFC) is wasting no time in preparing for the next big blockbuster in SA. After the success and large-scale of Mortal Kombat, SA is in a strong position to secure more local and international productions.

The hopes of a booming film industry has SAFC eagerly preparing our local crew in upskilling and expanding the crew needed including workers from accountancy, trades and construction.

The upskilling and expansion of crew is a possibility due to Skilling South Australia, which is a $200 million partnership with the Australian Government to deliver the skills required by industry. 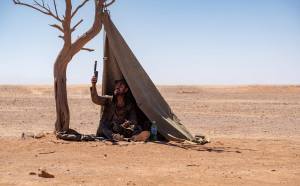 Minister for Innovation and Skills David Pisoni is excited about the employment opportunities that could be created from a flourishing screen industry.

“It’s an exciting time for our state’s screen industry as we become an attractive destination for Australian and international productions,” Minister Pisoni said.

“South Australia was one of the first locations in the world to resume film and television production amid COVID delays. The South Australian Film Corporation has done a wonderful job facilitating a consistent pipeline of production for the state.”

South Australia has welcomed an influx of film productions into the state, including the blockbuster Mortal Kombat, the Stan original production, Gold, starring Zac Efron, and the See-Saw Films produced thriller, The Unknown Man, starring Joel Edgerton, as well as Stan, HBO and BBC series The Tourist, which is currently filming in the Flinders Ranges with lead actor Jamie Dornan.

“Interest in South Australia as a filming and production location is at an all-time high, and the opportunities for growth are simply enormous,” Ms Croser said.

For more information and to find out how to apply, head to the SAFC website.

It's Time To Boogie At A Bottomless Chicken, Sangria & Cocktail 70s & 80s Disco

There's A Festival For Sausage In Bread Happening In Adelaide