After spending the last two years in storage, Adelaide’s giant Santa (Father Christmas) has seen better days and it has been revealed it will cost around $90,000 to get Santa back to his jolly self for this year’s Christmas.

Passed onto Central Market Authority in 2015, Santa has been having a break from the limelight as he is in need of extensive repairs.

As an icon of South Australia, Councillor Greg Mackie has pleaded with Adelaide City Council to keep Santa ho-ho-ho-ing. 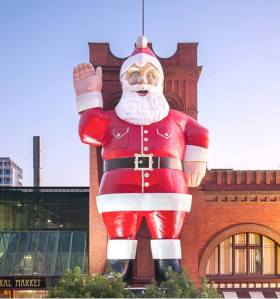 Mackie said Santa is “worth more than retiring off to the corner of a warehouse”.

Since the 1960s, giant Santa has been making an appearance during the festive season, sitting proudly on the David Jones building up until 2014. Since being handed over to Adelaide Central Market Authority, from Adelaide City Council, he spent four Christmas’ on the Grote Street facade but has been in storage for the past 2 years. 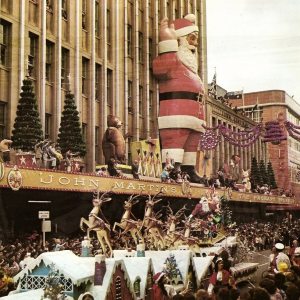 “He looked very, very handsome up there,” Mackie said. “I think it’s central to our identity and it’s certainly an iconic festive season landmark.”

But now giant Santa is ‘significantly eroded’ and it is estimated to cost “somewhere in the region of about $90,000” to get Santa back up and running.

The council meeting discussed the Adelaide Christmas Festival Action Plan 2021, with the hopes of turning the city into a Christmas wonderland, “brimming with magical places”.

A Pop-Up Winter Wonderland Is Coming To Adelaide Next Month

BREAKING: Big Bird Has Been RETURNED!