Two men have been arrested this morning after an alleged breach of border protocols.

The pair approached a border checkpoint on the Dukes Highway at Wolseley at around 1:30am this morning in separate cars.

Police signalled for the pair to stop, before both failed to do so, continuing toward Bordertown.

Patrols gave chase on the road but soon lost sight of the pair before calling in support from police chopper. 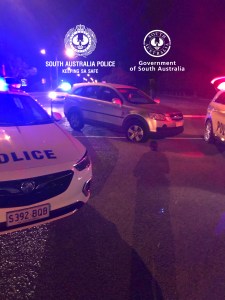 The cars were spotted again at Keith before heading off toward Adelaide, officers used road spikes across the highway near the Tailem Bend Hospital.

The two South Australian men were charged with failing to comply with COVID directions, failing to stop and driving unlicensed.

They have been refused bail and will appear before court today.

Minister Repays $30,000 In Taxpayer Money After It Was Revealed That He Pays His Dad "Board"

Bunnings Sausage Sizzles Are Back In SA From This Weekend