SA Health has announced that the Geelong Cats are allowed to enter South Australia for tomorrow’s game against Port Adelaide.

Last week SA Health provided Collingwood with an exemption to enter South Australia for their game against the Crows on the weekend. The decision was met with public backlash with many frustrated with the double standards and the unnecessary risk of exposure from the Covid outbreak in Victoria.

Spectators who attended the game took health advice very seriously by bringing oven mitts to avoid touching the ball and security had sanitiser ready to dish out. 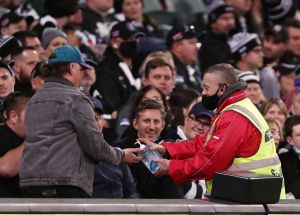 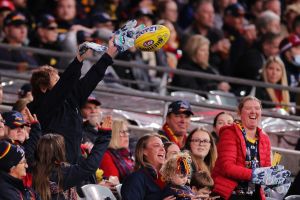 The Cats will be tested prior to entering South Australia and will need to return a negative result in order to enter. The 50 players and support staff will have a private charter flight into South Australia to avoid any contact with the public. Like Collingwood, they will quarantine and only be allowed at the ground for the game. Immediately after the game, they will be flying back to Victoria. 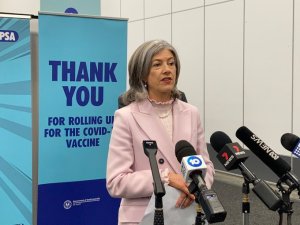 We’re sure that chief public health officer Nicola Spurrier’s health advice is still in place, so don’t forget to “duck and no not touch that ball.”

"Duck And Do Not Touch That Ball": Spurrier's Health Advice For Collingwood Game

Whip Out A Stubbie And Tongs, Adelaide's Beer & BBQ Festival Is Next Month

'Double Standards': Public Outraged By Clearance Of Collingwood To Travel In South Australia