It has been unveiled that a positive COVID-19 case has been found in one of the Tennis star’s support team but was kept hush-hush to the public.

Apparently, the case was an old infection reported overseas and the person was on the mend which is why it wasn’t reported as an active case or recorded to SA Health’s statistics.

This has confused the public as previous cases of similar circumstances have been made public. So why was this one kept under wraps? 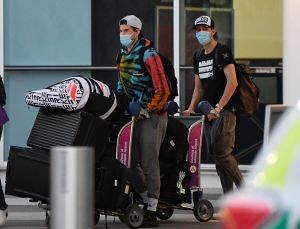 SA Health has admitted that they were avoiding ‘double counting’. SA Chief Public Health Officer Professor Nicola Spurrier has said the test result showed it was an old infection acquired overseas but was cleared by health officials before entering Australia.

“Additionally there was documentation that the infection was old and the person concerned had been identified as a positive case overseas and had been cleared by public health authorities overseas.

“In other circumstances, test results can be borderline or return a weak positive and further investigation is needed to determine a result but is considered a positive case until the extra information is received,” Professor Spurrier said to The Advertiser. 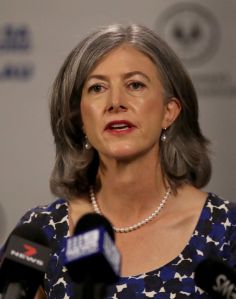 “To avoid double counting of cases worldwide, if any case has clearly been diagnosed overseas, has recovered and is not infectious, and previously been counted towards the international tally, there is no requirement to report this publicly.”

The positive case was brought to light amid French player Benoit Paire’s rant about the quarantine treatment ahead of the Australian Open.

Australia Has Approved The Pfizer Vaccine, Jabs To Be Rolled Out Within Weeks