The scenes in India at the moment are truly terrifying as Covid relentlessly rampages through the country. But there is a small glimmer of relief for our Australians as the federal government has organised a mercy flight to return up to 150 stranded Aussies back to home soil.

The government has allowed up to 150 ‘vulnerable’ travellers to fly from New Delhi to Adelaide in early June. After they return a negative covid test result before boarding, they will be placed into a two-week hotel quarantine at Pullman Adelaide Hotel, Hindmarsh Square when they arrive. 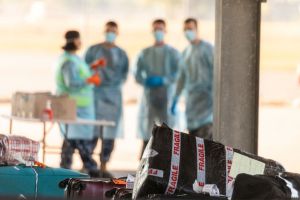 The news comes after more than 30 Australian cricketers, coaches and staff returned to Australia on Monday in Syndey. The cricketers flew to the Maldives two weeks ago, after the Indian Premier League was suspended. Steve Smith, Pat Cummins and Ricky Ponting were just a few of those who returned on Monday. 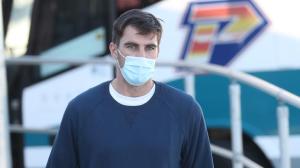 More than 9000 people are hoping to return from India as the virus becomes inescapable with 24 million cases in India and 340,000 positive cases on Monday alone.

SA deputy chief public health officer Dr Emily Kirkpatrick said the state would stick to its weekly cap of 530 returned overseas travellers, even if that meant limiting flights from other countries to make room for people arriving from India.

Our hearts break for those in India as the virus rampages on.

Shop Til You Drop: SA Public To Vote On Extending Shop Trading Hours