In true, “I’m rich, powerful and control Aussie mainstream media so don’t cross me” fashion… There are claims that Rupert Murdoch might have ended his marriage with Jerry Hall via a text message.

Miss Hall was allegedly “shocked” by the sudden end to the six year marriage, but friends suggest the fact she’s a smoker and different lifestyles may have aided in Murdoch’s decision.

Representatives of Murdoch refuse to comment on the claims that were made surrounding the mysterious breakup. 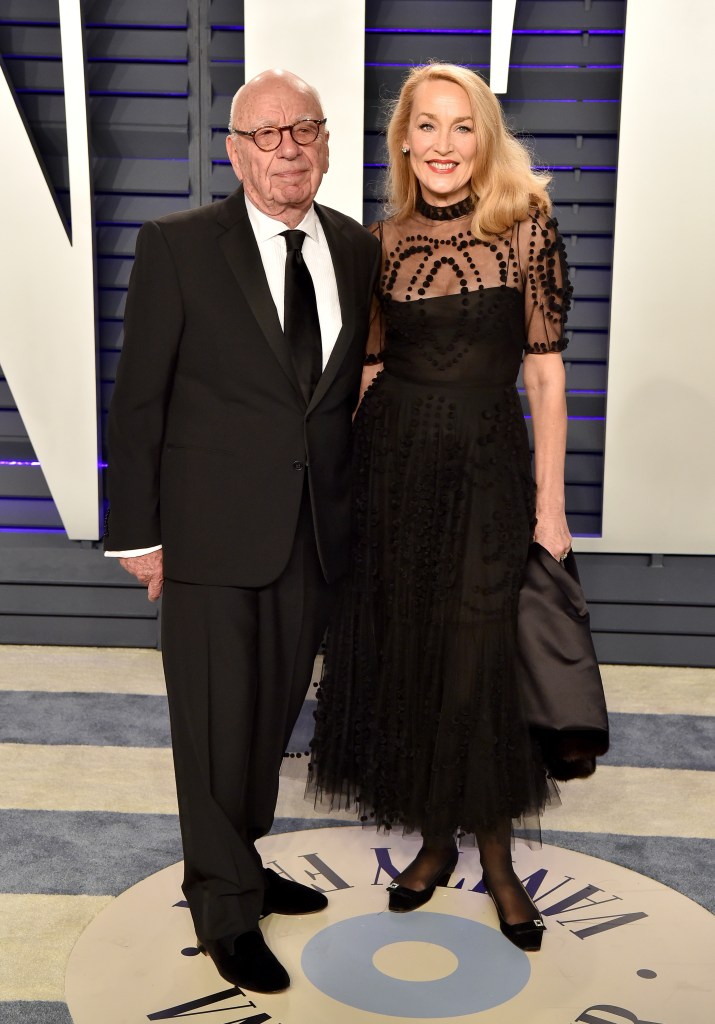 Friends said Miss Hall, the long-legged Texan extrovert, brought more ‘balance’ to her husband’s life after decades of focus on his businesses.

But since the shock announcement, friends closest to the couple have been trying to look for signs of cracks in the relationship.

One of those present at Mr. Murdoch’s summer party at the Serpentine Gallery in London last Monday was surprised not to see Miss Hall by his side.

They said: ‘I did think it was odd that she wasn’t there. She’s a social butterfly and would generally be at these sort of functions.

‘I also noticed that none of her side of the family was there, nor her friends.’