Nothing better than cosying up in front of the TV with a cup of hot chocolate and a good Christmas movie, while it’s snowing… uh, stifling hot outside!

We have a comprehensive list of the best Christmas movies for you to watch!

It’s a brand new one to the list, but this Netflix romcom is cute and funny. It stars Emma Roberts as a single woman tired of being asked about being single, who strikes up a deal with handsome stranger Chris Pine, to be each other’s date for events. Of course, it gets a bit more complicated but the story is an enjoyable ride!

Vince Vaughn and Reese Witherspoon star in this (also) romcom about a couple who tries to avoid spending Christmas with their families, only to be outed on the news and must now spend the holidays with each of their separated parents and extended family. Vaughn is always fun to watch and he and Witherspoon are very believable as a couple forced to confront people and issues they’d been blissfully avoiding.

What else is there to say? It’s a classic animated movie that’s fun for the whole family! The only question is, do we prefer the Benedict Cumberbatch or Jim Carrey version? 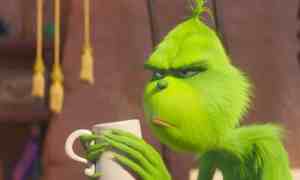 Luckily for us, this cute Netflix movie comes in a trilogy! Starring Vanessa Hudgens and, well, Vanessa Hudgens, it’s the perfect film to watch with your favourite tween girl. Or, you know, for yourself cos it’s a bit of a guilty pleasure.

6. Jingle All The Way

Any parent, who has ever tried to hunt down a Christmas toy your kid has their heart set on, can relate to this movie! Arnold Schwarzenegger stars as a stressed out dad trying to get his hands on an elusive Turbo Man action figure, while attempting to beat Sinbad to claiming the toy.

The New York at Christmas backdrop sets a very festive scene for Macaulay Culkin’s hijinks. He faces off against his arch nemeses, Joe Pesci and Daniel Stern, in his evidently rich uncle’s huge, empty, expensive house that’s in the middle of being renovated. It does make you really crave a good New York style cheese pizza, so be warned! 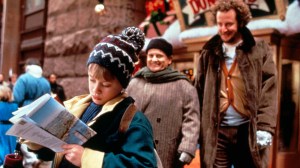 It IS a Christmas movie. The End.

Kate Winslet and Cameron Diaz star in this (again) romcom about two women unhappy in their lives on opposite sides of the world who decide to swap houses for Christmas. Jack Black and Jude Law play their love interests, who conveniently appear right on their doorsteps!

Although the Griswolds don’t get to head onto the Holiday Road in this instalment of the franchise, it’s still full of hijinks that Clark Griswold inadvertently gets himself into. With Randy Quaid reprising his role as the hilarious Cousin Eddie, it’s definitely a family classic! 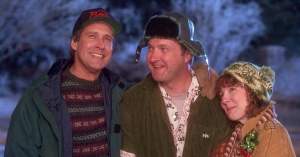 This is one of the best Christmas movies that the whole family can enjoy! Tim Allen plays a normal dad who works too much (a common main character in Christmas movies), who becomes Santa after the previous Santa dies after delivering presents to his house.

Kevin McAllister (Macaulay Culkin) gets left behind after his family boards a plane without checking if he’s with them (for the first of two times). His huge mansion style family house becomes the target of burglars. We have so many questions. How are the burglars still standing and going back after everything Kevin throws at them? How do the parents not check that their child is with them? Why do they lump the kids all into economy and saunter into first class with no regard for how the kids are? And really, how rich is Kevin’s family?

The Christmas romcom to beat all Christmas romcoms is probably the most divisive movie on the list. People usually fall into two groups with their opinions on the film, those who love it and those who are wrong. But seriously, it can’t be beaten. From Hugh Grant’s dancing; to one of Alan Rickman’s best performances; to Mr Bean, I mean Rowan Atkinson’s hilariously finicky and sloooooow wrapping; to Andrew Lincoln’s sweet and funny and not at all creepy declaration of love; to the musical number where Sam’s love interest POINTS RIGHT AT HIM when she sings “All I want for Christmas is YOU” and his immediate heart drop after she repeats it to randoms in the audience, Love Actually actually has everything you could want!

Do you agree with the list? Let us know your thoughts!